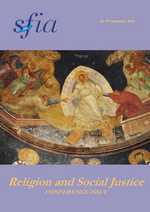 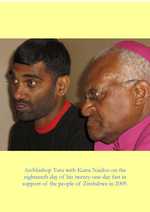 Front Cover: The Harrowing of Hell. Jesus dances as he tramples down the gates of Hell and rescues Adam and Eve. Fresco, St Saviour in Chora, Istanbul.

Back cover: Archbishop Tutu with Kumi Naidoo on the 18th day of his 21-day fast in solidarity with the people of Zimbabwe in 2009.